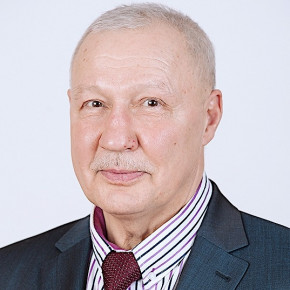 The development of new methods for diagnostics and treatment of patients with arterial hypertension.

New medical technologies for detection of pathological changes in the brain, heart, and kidneys in patients with various forms of hypertension were developed based on MRI, ultrasound, and biochemical methods. New methods for increase of the efficacy of hypotensive therapy were proposed; new approaches to endovascular treatment in patients with resistant form of diseases were developed.

Specifics of the effects of beta-blockers, calcium antagonists, and blockers on the changes of cerebral hemodynamics were elucidated.

Utility model of the device allowing for dose use of oxygen and carbon dioxide inhalation aimed at the assessment of cerebral circulation autoregulation parameters was developed. The types of abnormalities in cerebral vascular reserve in hypertensive patients varying in degree of diseases and in changes of  profiles of blood pressure were identified.

To increase the efficacy of transcatheter treatment of resistant hypertension, the original method of renal denervation with redistribution of the application to the distal part of the renal arterial trunk and segmental branches of the renal artery was developed, which significantly increased hypotensive and organoprotective effects of the intervention. New medical technologies for assessment of the results of drug therapy and methods of treatment for hypertension are under development.

Annually, over 1000 patients with various forms of hypertension including patients with hypertension resistant to therapy with hypotensive drugs are examined in the department. The methods for monitoring of blood pressure and ECG as well as functional and stress testing with determination of the parameters of vascular reactivity are used. The complex of ultrasonic, MRI, scintigraphic, and biochemical methods of study are used.

Many years of clinical and scientific experience, high professionalism of employees, and the use of state- methods of diagnostics and treatment ensure delivery of effective assistance to patients with various forms of hypertension including its severe forms.