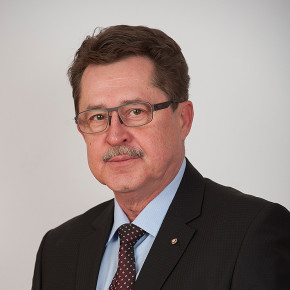 The electrophysiological mechanisms of supraventricular and ventricular arrhythmias have been studied. New methods of diagnostics and surgical treatment of cardiac rhythm disorders were developed and implemented. The effects of  non-drug methods of treatment on the course of heart failure in patients with abnormalities of cardiac rhythm and conduction were investigated. The pathogenetic mechanisms were studied and the methods of surgical and interventional treatment of atrial fibrillation were developed. The pathophysiological approaches to correction of heart failure in patients with atrial fibrillation were evaluated. Clinical efficacy of cardiac resynchronization therapy in patients with severe heart failure and life-threatening ventricular arrhythmias was studied.

The Department of Interventional Arrhythmology has a status of the Siberian Federal Arrhythmology Center and delivers the whole range of specialized examination and treatment for various forms of cardiac rhythm and conduction disorders.

The department is equipped with two fully functioning X-ray operating rooms with state- of-the-art devices for performing surgeries aimed at diagnostics and correction of all types of cardiac arrhythmias in adults and children including newborn babies. The state- of-the-art high-tech methods of interventional and surgical treatment with the navigation non-fluoroscopic systems are used. The implantation of electric cardiac pacemakers, cardioverters-defibrillators , and cardiac resynchronization devices manufactured by the leading global producers as well as extraction of  non-functional endocardial leads are performed.

The department is designed for 55 beds and is one of the largest arrhythmology clinics in Russia. Annually, 2,000 patients from Tomsk, Tomsk Region, regions of Siberia, Far East, and neighboring countries receive care including 1,500 patients who receive successful surgical interventions for elimination of cardiac arrhythmias. Specialists of the department received training and probation in the largest arrhythmology centers of Russia and European countries.

The team of the department is a Laureate of Tomsk Region Award 2006 in the Field of Science and Education; a Laureate of National Award 2009 «Purple Heart» in the nomination of «Medical Institution of the Year» as «The Best Prevention and Treatment Facility»