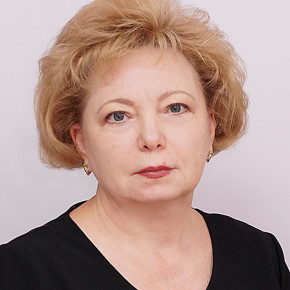 The study of specifics in pathogenesis, clinical course, drug correction, and prognosis of coronary atherosclerosis and various variants of cardiomyopathies; development and analysis of the register of pulmonary artery thromboembolism; development and implementation of new technologies for diagnosis and treatment of atherosclerotic damage to the aorta, major coronary arteries, and myocardial ischemia.

Pathogenetic specifics of cardiac biomechanics, coronary hemodynamics, and regulation of arterial blood pressure in the context of structural changes in the myocardium and coronary arteries in patients with dilated and hypertrophic cardiomyopathies as well as left ventricular hypertrophy have been studied.

New technologies of  diagnostics of stenosing damage to the aorta, major coronary arteries, and ischemic and hibernating myocardium were developed based on transthoracic and transesophageal ultrasound assessment of coronary blood flow and reserve and on the study of the left and right ventricular mechanics at rest and during stress tests.

The ways for optimization of diagnostics and care in pulmonary embolism were developed.

The department is equipped with two ultrasonic apparatuses Vivid Е9 (GEHealthcare, USA) and HDI 5000 SonoCT (Philips, Germany), system for monitoring of ECG and blood pressure, two treadmill systems and cycloergometers allowing for performing large range of state- cardiological diagnostic studies including echocardiography, transesophageal echocardiography, ultrasonic study of the major coronary arteries, thoracic aorta and its branches, monitoring of ECG and blood pressure, and stress tests including stress ECG as well as for assessing the efficacy of therapeutic strategies.

The methods for the assessments of cardiac deformation, rotation, and twist, 3D reconstruction of the mitral and aortic valves, transthoracic ultrasound diagnosis of stenosis and occlusion of the coronary arteries, coronary reserve, as well as the extracorporeal methods for correction of the abnormal lipid metabolism are widely implemented in the clinic.

The approaches to optimization of therapy for coronary insufficiency and heart failure including comorbidities with hypertension and carbohydrate metabolism abnormalities as well as the criteria for prediction of the progression and outcomes of pulmonary embolism are implemented in daily routine. Annually, over 1000 patients receive highly specialized medical help in the department.