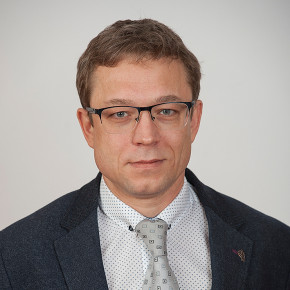 The department has been opened in 1981, which was the beginning of Clinic of Cardiology Research Institute. The team comprises 84 members including four doctors of medical sciences, seven candidates of medical sciences, and three high level certificate physicians. Employees of the department defended six dissertations for degree of doctor of medical sciences and 32 dissertations for degree of candidate of medical sciences; they published over 400 scientific works including six books and three manuals for medical doctors; they received 14 patents of inventions of the Russian Federation. The Department of Emergency Cardiology was awarded Laureate Diploma of Tomsk Region Competition in the area of Education, Sciences, Healthcare, and Culture for Excellence in the field of Education and Science contributing to recognition of the Tomsk complex nationally and worldwide.

For the first time in Russia, the method of prehospital thrombolysis with streptokinase has been developed and implemented. Bolus method was developed and thrombolytic therapy of acute myocardial infarction with new thrombolytic Fortelysin was clinically approved. The efficacy of this drug was demonstrated compared with tissue plasminogen activators. This result allows to solve the task of import substitution for thrombolytic drugs as  medications.

New for cardiac protein containing lipid acids for diagnosis of myocardial necrosis was clinically approved. High diagnostic value of this test, which was not inferior to standard determination of troponin level, was demonstrated.

Annually, over 1700 patients with acute coronary syndrome receive care in the Department of Emergency Cardiology 24 hours per day, 7 days per week.

Together with emergency medical service teams, pharmacoinvasive reperfusion of the myocardium including prehospital thrombolysis and subsequent delayed or  angioplasty or primary percutaneous coronary intervention is provided.

Employees of the department provide consultative help for patients with suspected acute coronary syndrome admitted to other hospitals of the city as well as in a framework of telemedicine consultations.

The department is a regional vascular center, which works in close connection with the primary vascular centers of the region (the cities of Asino, Kolpashevo, and Strezhevoy).

At premises of the department, the Chair of Cardiology of Siberian State Medical University works. Training is provided to medical practitioners of the Tomsk Region and other regions of Russia according to programs of primary professional development, general advanced training, and continuing medical education in specialties of Cardiology, Functional Diagnostics, and Pediatric Cardiology. Many employees of the department combine scientific and clinical work with teaching at this chair.